Her tiny daughter, only days old, was crying and shaking from drug withdrawal — and the only solace Martha Williams could offer were her arms and apologies.

"I'm sorry," she remembers telling little Trinity. "It will all be over soon. You'll be OK."

Williams, who abused pain pills throughout the 2009 pregnancy, had passed her addiction to her newborn daughter. Trinity was her second child; she used drugs during her first and third pregnancies too, but those babies were not born dependent.

Now, Williams is six months pregnant with her fourth child, living in a drug-treatment center since mid- January — trying to make a change that keeps the new baby from paying for her mother's mistakes the way Trinity did. 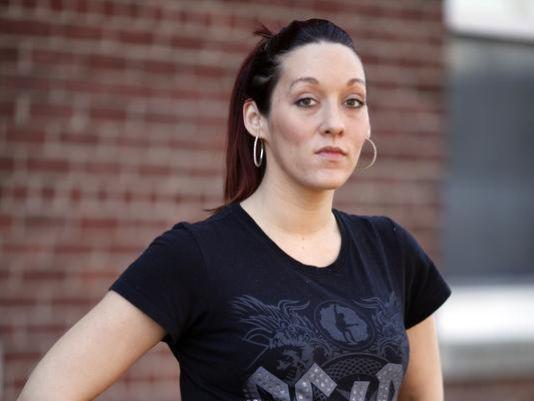 Martha Williams, 28, is pregnant with her fourth child. She is a recovering addict living at Volunteers of America Freedom House with her daughter, Kierra, who is 20- months-old. (Photo:Angela Shoemaker/Special to The C-J)

Trinity is part of a heartbreaking surge in babies born dependent on drugs because of their mothers' addictions — which continues to escalate unabated despite Kentucky's crackdown on prescription-drug abuse.

The state has seen hospitalizations for drug-dependent newborns soar nearly 30 fold in a little more than a decade — from 28 in 2000 to 824 in 2012, according to a recent drug report from the Kentucky

Injury Prevention and Research Center. Preliminary figures suggest that number will surpass 900 in 2013, according to state officials.

"We are seeing more babies," said nurse Tonya Anderson, an infant development/touch therapist for neonatal nurseries at  Kosair Children's Hospital. "There are times when we have 26 babies, 13 of them in drug withdrawal. These babies are in pain. It's agony for them."

They scream, they cry, and often are unable to eat. They're extra-sensitive to noise and light and often console themselves by sucking. Often born premature, they may also face respiratory distress and have to be placed on ventilators.

The financial cost is also high — and climbing exponentially. Hospital charges for drug-dependent babies in Kentucky rose from $200,000 in 2000 to $40.2 million in 2012, with $34.9 million that year paid for by government Medicaid.

"We're the ones footing the bill," said Attorney General Jack Conway, whose office is heavily involved with drug-abuse prevention efforts. "Ultimately, it's an issue that affects all of society."

Nurses and doctors who work with these infants say a recent spike in heroin use is fueling the problem. While state reports show drug overdoses overall have begun to level off as the state places tighter restrictions on pain-pill prescriptions, abusers have turned to heroin, and
overdoses have risen steeply, from 42 in 2011 to 129 in 2012.

The Courier-Journal first shed light on the issue of drug-dependent babies in 2012 as part of its pain-pill series Prescription for Tragedy — when the first statistics on Neonatal Abstinence Syndrome were collected for the Kentucky Office of Drug Control Policy.

Since then, state officials have been attacking Kentucky's newborn dependency problems on many fronts, convening work groups, holding meetings for medical professionals and devoting $1 million from a recent pharmaceutical settlement to treatment centers serving pregnant addicts.

But doctors, nurses and drug-control professionals say treatment centers are struggling to stay afloat, their waiting lists remain long, and too many babies still are born into suffering.

"Trinity went through hell," said Williams, 28, who is in treatment at Volunteers of America's Freedom House in Louisville and whose daughter Trinity has been adopted by her aunt. "To see a baby shake like that from withdrawals, it breaks your heart. No baby should have to go through that."

Williams said she grew up in an alcoholic home in Bullitt County. She drank and smoked pot regularly by
12, and began smoking methamphetamine at 15. Attempts at rehabilitation didn't work.

"Nothing motivated me but drinking and drug use," she said. "It really had me from a really early age."

She eventually turned to prescription pills, including OxyContin and Opana, and then cocaine, ecstasy and heroin. She quit for much of her first pregnancy more than seven years ago, but recalled, "I would curl up and cry because I wanted to get high so bad."

She admits drinking beer and taking a few pain pills toward the end of that first pregnancy, but said the baby was nonetheless born healthy. She was lucky; experts say up to 90 percent of drug-exposed infants may exhibit Neonatal Abstinence Syndrome, or NAS.

Her addiction was so strong that her next high was her only concern, she said; she didn't care about the baby growing inside her. She went to rehab for a month and took methadone treatment, but returned to OxyContin — right up to when Trinity was born at University of Louisville Hospital.

Trinity was hospitalized 1½ months before Williams could take her home.

"I knew it was my fault," Williams said of Trinity's troubles, adding that she felt relief at the child's birth, "relief that I can't hurt her now."

Selisa "Nikki" McKinney of Metcalfe County said she felt similar emotions after giving birth to each of her five children — all born dependent on drugs. She's due to give birth to her sixth next month, and is in drug treatment at the Independence House in Corbin, Ky., while her children live with their father.

Like Williams, McKinney said she began drinking and smoking pot regularly at 12. She then moved on to cocaine, pain pills and meth. As an adult, she said she sometimes sold drugs, and even her body, to support her habit, spending time in prison and jail.

"My babies cried their eyes out when they were born. ... It was pitiful," said McKinney, 33. "You'd think your kids are enough to stop you (from abusing drugs), but they're not. ... It's ongoing and you can't stop it."

Her youngest daughter, McKinnley Howard, now 5, suffered most, spending six days in the hospital after entering the world a month early weighing 5 pounds.

Dr. Lori Devlin, a neonatologist with U of L's pediatrics department, said the first-line therapy for these babies is oral morphine, sometimes along with other medications, escalating doses based on symptoms, before weaning infants from them.

Babies with milder cases don't need medicating, doctors said, but all require comfort such as swaddling, rocking and cuddling.

"We had one baby on four or five meds for two months. And that baby would be inconsolable for hours," said Pauline Hayes, clinical nurse manager at UofL's NICU. "But at some point they turn the corner and they wean and they act like regular babies. ... They feel the closeness when you hold them."

Although there are no state-by-state statistics, Dr. Henrietta Bada, a neonatal-perinatal medicine doctor at the University of Kentucky, said she believes Kentucky has one of the nation's worst problems with drug-dependent babies.

The latest national statistics come from a 2012 study in the Journal of the American Medical Association, which said hospitalizations for drug-dependent babies rose 330 percent from 2000 to 2009. Kentucky's hospitalizations rose more than 1,400 percent during that same time.

"You've got an epidemic of painkiller use, and now it's going into heroin," Bada said. "We just have more and more people using."

Devlin, who practices at UofL Hospital, Kosair Children's, Baptist Health Louisville and several other area hospitals, said numbers are rising "in every hospital we deal with."

Doctors are getting better at diagnosing NAS, which may explain part of the increase, but the condition remains vastly under-diagnosed, she said.

About 9 percent of babies born in Kentucky are exposed to drugs during pregnancy, she said, and about two-thirds probably have NAS, meaning the real number of drug-dependent newborns may exceed 3,000 a year.

Doctors and nurses interviewed for this story said mothers are increasingly telling them they took heroin during pregnancy — often with other drugs.

The medical practioners said they take extra steps to encourage mothers to bond with their babies and seek treatment for their addictions — and they don't judge the mothers, realizing addiction is
a disease.
Some moms enter treatment and keep their babies, while others stay on drugs and lose custody. Giving birth to a drug-dependent baby can bring in child-protective services, if they are not already involved. But doctors aren't required to report to them; it depends on the family's circumstances and is handled on a case-by-case basis. The lasting effects of NAS are still not fully known because the condition is so new, but studies and experts say children do much better if they spend their formative years in a supportive environment. Williams said Trinity is now healthy and happy with her adoptive mom.

"I figured I'm putting her through enough while she's in me," said Williams, who still sees her sometimes. "I was in no condition to raise her."

Across Kentucky, only 55 treatment centers serving pregnant and postpartum women, the vast majority outpatient facilities — it is "a fraction of what we need," Conway said.

Williams said she was on a waiting list for two weeks before getting into Freedom House for treatment, feeling "so lucky" she could enter the program.

An advisory committee helping distribute the $32 million in grant funding for drug treatment would also consider a request from the Freedom House, he said.

Conway said such funding should help, but acknowledges it won't solve the problem. Independence House Director Mary Burnette said the center's annual budget is $800,000, and although she believes her center can survive this year, "it's one day at a time, one year at a time."

The state and its hospitals and medical professionals are fighting the problem in other ways.

Ruth Ann Shepherd, director of the state health department's Division of Maternal and Child Health, said meetings and regional conferences across the state have tackled the problem, sharing information such as uniform guidelines on treating babies.

Van Ingram, executive director of the Kentucky Office of Drug Control Policy, said he predicts such collaborations will bring some progress — "God, I hope so."

Meanwhile, mothers in recovery said they are striving to make their own progress.

McKinney, who has been at Independence House since September, said doctors have told her that her unborn baby is also doing well, although she must be born by C-section for fear of contracting McKinney's Hepatitis B and C, which she got from intravenous drug use.

McKinney said she's looking forward to meeting her new daughter, who she has named Ilaria. And she hopes to build a deeper, better relationship with her older children.

"They've known me as an addict their whole lives," she said. "This baby's going to have a mother, where they didn't."

Williams said she's also committed to finishing her treatment and staying clean — not only for herself, but for her unborn child and for her 1½-year-old, who was born clean.

Do you or a loved one have a prescription drug problem?

Answering yes to any of these questions could mean that you have an addiction problem that could require medical help.

• Have you ever had problems stopping your pain medication after the pain resolved?

• Have you ever run out of your medication early because you took more than prescribed?

• Have you ever felt guilty about your use of the medication?

• Have you ever mixed other drugs with your prescribed medication to enhance the effect?

• Have you taken pain medications from friends or family members without their knowledge?

• Have you ever stolen property to pay for your medication? Do you have legal problems related to pill use?

• Have you ever been sick when you ran out of pain medication?

• Have you neglected your family as a result of your pain medication use?

• Have you ever purchased medication illegally?

• Have you thought that you need to stop using pain medication?

© 2014 The Courier-Journal, a division of Gannett Satellite Information Network, Inc. 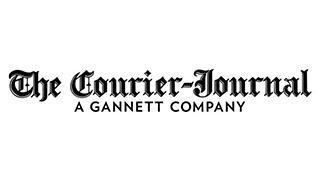