LOUISVILLE, Ky. -
Heroin is making headlines as a younger population is discovering the dangerous opiate.

Some new concerns are being voiced by health officials.

An addiction to heroin or other opiates can be extremely difficult to overcome.

Detoxing from the dangerous drugs is often a brutal experience.

One of the popular prescriptions, sometimes used to wean addicts off opiates is in some cases being abused as well.

Martha Williams and her daughter, Kee Kee, are comfortable living in the Volunteers of America Freedom House.

It's an ideal place for the pregnant mom who's fighting a daily battle to resist heroin.

"It's not something you can try a couple times and say, 'Oh, I'm good.' It doesn't work like that. It will take you straight to the depths of hell," Williams said.

She is working to stay clean for herself, Kee Kee and her unborn baby girl.

Through holistic practices, counseling and strong will, she's remained sober.

Williams knows like so many other Americans that heroin is a demon that's very difficult to fight.

"It's more pure and it's cheaper and more accessible than before," said Ashley Webb, director of Kosair Children's Hospital Poison Control Center.

Another disturbing trend is that patients being treated through opiate replacement therapy are now abusing the medications intended to help.

"Although we're trying to use it to wean people off, some are abusing it cause they find it preferable," Webb said.

The drug suboxone is often prescribed to addicts who are coming off heroin and other opiates, but many people are now taking more than the recommended dose.

"A paper came out a few years ago showing it essentially gave a better high than morphine," Webb said.

The effects of taking too much suboxone can be very dangerous.

"Difficulty breathing and can be anything from dazed and confused to coma," Webb said.

While there are some addicts abusing suboxone through opiate replacement, there are many others who are successfully beating their addiction with the help of the drug.

"So many people are in hell from this. It's so hard to see your way. Man, it's so hard," Williams said.

Williams said she hopes others will take the initiative to find a clean life.

She knows all too well that heroin knows no boundaries.

"It doesn't matter how much money you have, or where you come from, or what your status is. It can happen to anybody," Williams said.

The Kosair Children's Hospital Poison Control Center is also seeing a surge in the number of calls from local law enforcement.

Officers said the number of suboxone pills on the streets is increasing.

For more information on the services offered through the Volunteers of America or to offer your support to the organization here.

Copyright 2014 by WLKY.com. All rights reserved. This material may not be published, broadcast, rewritten or redistributed. 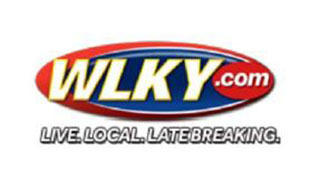