Beginning October 22, people will be able to visit the Lake Dreamland Fire Station to exchange dirty needles for clean ones, get tested for HIV and Hepatitis C, and receive referrals to drug treatment programs. The community site will be open Thursdays from 11 a.m. to 2 p.m.

Dr. Sarah Moyer, interim director of Louisville Metro Department of Public Health, said she hopes the location will increase the number of people the health department is serving and make the program more accessible to those in need.

“We’re just hoping to reach participants that couldn’t make [it to] our downtown site,”she said.

Green said before the site was established, she and representatives from Volunteers of America spoke with constituents and community stakeholders to find the right location for the syringe exchange. Green said the community site is about treating drug users with compassion and dignity.

“As a compassionate city what I feel we should be doing is treating the least of those among us with dignity and with care, and I think that’s what this program would do,” Green said.

Volunteers of America is providing a van and tent for the needle exchange at the fire department. The van will be used to transport supplies, and testing and counseling will be done in the tent.

VOA harm reduction specialist Donald Davis will operate the exchange. He is also the co-founder of Kentucky Harm Reduction Coalition. Davis has been working twice a week at the existing syringe exchange in Louisville.

He said in the short time that he’s been working with the exchange, he has had people express appreciation for the services. He said the goal is to reduce the incidence of new HIV and Hepatitis infections.

“We’re bringing our services to them so we can talk with them. Hopefully get them into treatment and make sure that their chances of becoming HIV positive or Hepatitis C positive is limited,” Davis said.

The health department plans to open more community exchange sites with the goal of having a different site every day of the week.

Louisville was the first city in Kentucky to start a needle exchange program.

In March, Gov. Steve Beshear signed the state’s heroin bill into law, which included provisions for health departments to begin needle exchange programs in response to the commonwealth’s heroin epidemic. The Kentucky Office of Drug Control Policy reported 1,087 overdose deaths in 2014 compared with 1,010 in 2013. Jefferson County had 204 overdose deaths last year, the most of any Kentucky county. 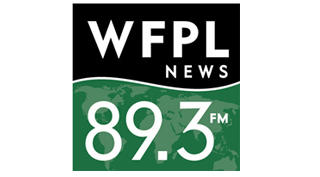