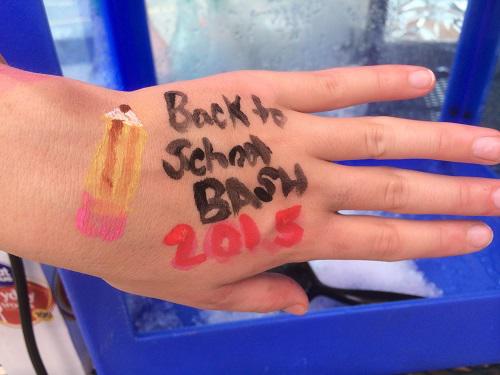 On Saturday, August 8, George McMinn, Volunteers of America Board of Directors and Project Executive with Messer Construction Company and his Messer colleague, Priya Elmore, also a longtime Volunteers of America donor and volunteer, threw the fifth annual Back-to-School Bash at our Louisville Family Housing Services. The Bash attracted 15 volunteers from Messer Construction Company and brought in 100 backpacks filled with school supplies. For the third year in a row, Texas Roadhouse donated food and school supplies, while Fun365 Inflatables, a local inflatables and party supply company, donated a bouncy castle.

An enthusiastic ambassador for Volunteers of America and especially our services for homeless children, Priya shared why she gives back “As a mother of two, that very first introduction to Volunteers of America’s services really hit home, especially since I didn’t realize that there were so many homeless students in Jefferson County Public Schools,” she said. “It’s not something that’s very well known.”

Born in India, Priya and her family moved to the United States when she was seven, settling in Kentucky when she was eight. Given her background, Priya couldn’t help but think of parallels between the poverty that she had witnessed as a child in India and the challenges faced by the families served at Volunteers of America.

After her first tour of Volunteers of America, she immediately jumped into volunteering whenever she could fit in opportunities. With Messer’s deeply rooted culture of volunteering and generous community support, Priya did not have trouble rallying the support of her colleagues or of her family.

“We’ve always taught our children that when you give, you will receive far more,” Priya said of the commitment that she and her husband have to ensuring that Anjali, 12, and Ethan, 10, grow up understanding the importance of volunteering and community service.

Priya, who was awarded VOA Volunteer of the Year in 2012, credits fellow Messer Construction Company colleague George to introducing her to our mission.

“Messer’s commitment is building better lives for our communities,” George said. “One of the ways Messer does this is through active community engagement. Messer believes that investing in our communities enriches our lives by contributing to the prosperity of the areas in which we live, work and raise our families. As an employee-owned company, Messer is especially aware of the positive impact we can have and the benefits of supporting organizations such as Volunteers of America Mid-States. The wide-ranging programs that the organization offers are instrumental in building a better Louisville and dovetails perfectly with Messer’s interest in making our communities a better place to live.” 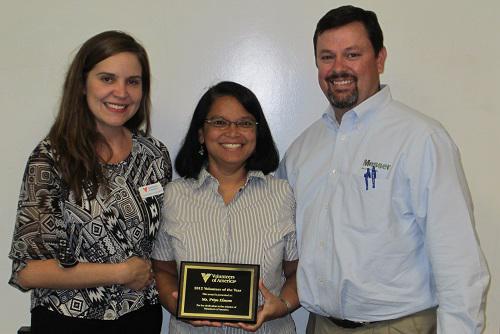 It’s not too late to get involved and help all of the children we serve throughout our five-state region have a fair and fresh start to their school year. We collect back to school uniforms, new clothing and other needed items throughout the year. 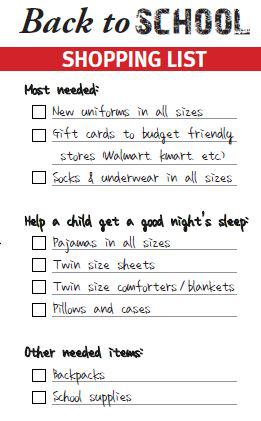