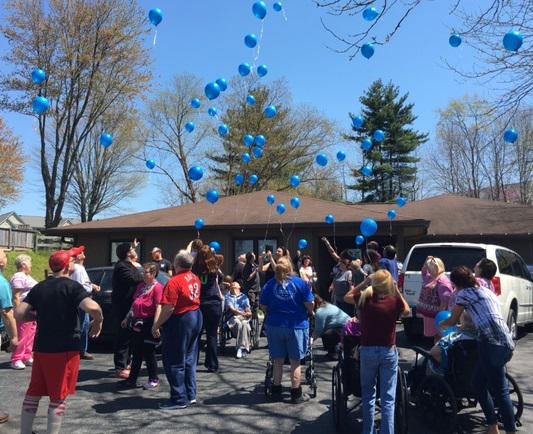 Volunteers of America colleagues and friends of Cecil Burkett gathered together for a celebration of Cecil's life and honored his memory with a balloon release in Northern Kentucky.

Volunteers of America Mid-States takes pride in providing a comfortable, family-like environment for our residents, particularly within our Developmental Disabilities program. Because residents live in their own homes with roommates, and Volunteers of America employees are there to provide around-the-clock support in the homes, it is only natural that residents and staff develop a close bond. 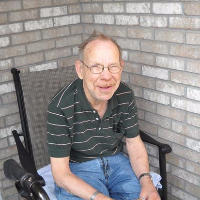 For Northern Kentucky resident Cecil Burkett, this bond was particularly strong. Cecil came to Volunteers of America with no known relatives in the area, and over the last 30 years, Volunteers of America truly became his family. Cecil, who was diagnosed with cancer in 2013, passed away in March at age 77. Staff were always deeply committed to caring for Cecil and when his health began to decline, they did everything possible to make him as comfortable and happy as possible.

Cora Hazelbaker, the home manager for Cecil and his roommates, shared that it was important to her and all of her coworkers that Cecil not be admitted to a hospice care facility.

"We are his family," she said. "Even as his health worsened, we did not want him in a nursing home. That was never an option. He was going to stay in his home."

Cora also shared that she and her team made an extra effort to bring his favorite coffee each morning and take him outside whenever he felt strong enough.

A former Volunteers of America employee, Daryl, was so connected with Cecil that he became Cecil's healthcare surrogate after leaving his position due to family move. Daryl drove hours to visit Cecil in Northern Kentucky in March when his health declined.

The nurturing and compassionate care shown by our staff demonstrates our commitment to providing the highest quality services and support for our residents, particularly those who do not have family members to help in the most challenging times, including end-of-life care.