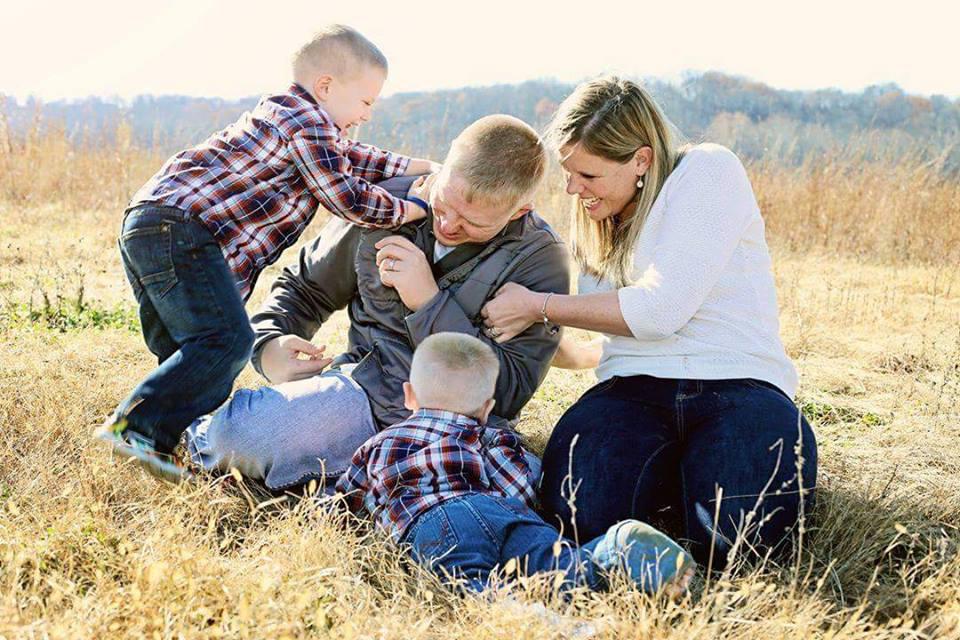 Rickey with with his wife, Alycia, and two young sons, Kaden and Kendall.

We are thrilled to share the news that Rickey Green, Volunteers of America addiction recovery program graduate, member of our program and public policy committee, ambassador and 2014 Power of 1 Breakfast speaker, has been pardoned by Gov. Steve Beshear for a 2003 drug-related conviction. Rickey's pardon request was one of just 197 selected from the more than 3,400 requests submitted.

Volunteers of America President and CEO Jennifer Hancock shares, "Governor Beshear could not have selected a more deserving person than Rickey for his final act as governor. Rickey has made amends for his past and today is an honest, reliable and loyal husband, father and businessman."

As his final executive action, Gov. Beshear granted pardons to individuals for a variety of offenses. Rickey and several other individuals convicted of drug crimes were pardoned due to the candor of their requests which "highlighted their efforts to stay sober and become productive members of their communities," according to a press release from the governor's office.

As part of Rickey's request, he shared, "I have been given the gift of healing. I can and do connect with men on a regular basis who most people shake their heads at and move on... My plea to you is this; I feel like I have so much to offer the world. I want to fully embrace my potential and leave a mark here for my children and others to follow."

Rickey, who has been sober since 2006 with the help and guidance of the committed staff in our addiction recovery program, is now leading a successful and productive life with his wife, Alycia, and two young sons, Kaden and Kendall. Rickey is not only the manager of a Ken Towery Tire and AutoCare store in Louisville, but he is also the founder and owner of Boss Security, a private company that provides unarmed security guards to local businesses. Additionally, Rickey teaches classes at an addiction recovery program and remains a valued ambassador for Volunteers of America as a graduate speaker at our Real3 Journey tours.

If you would like to learn more about Rickey's journey to sobriety and his success story , watch the video below to hear his inspiring speech at the 2014 Power of 1 Breakfast.