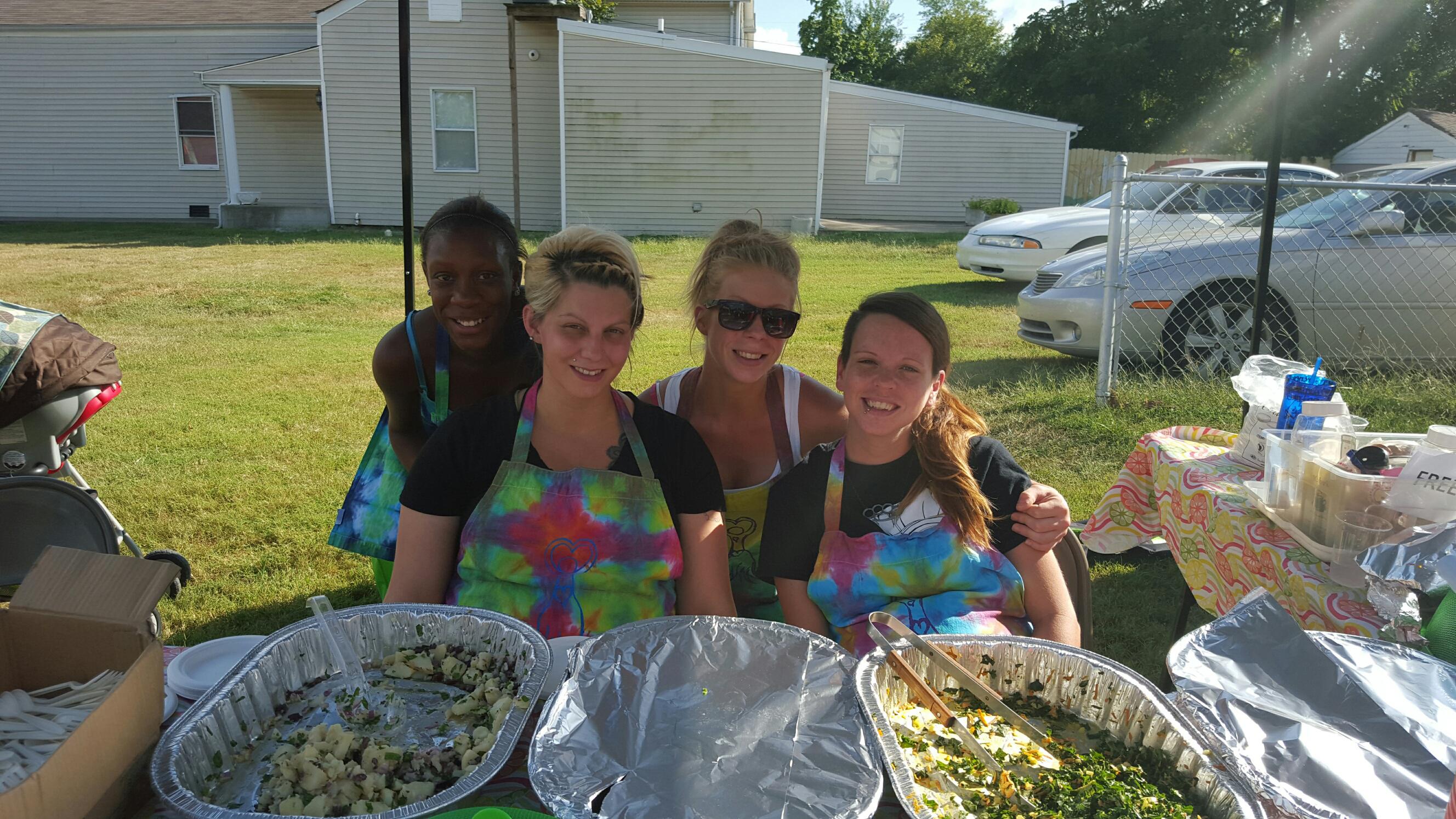 Women from Freedom House work at the Fresh Stop Markets by providing cooking demonstrations and assisting with planning and promoting the market.

For people battling the disease of addiction, it may not always be a top priority to eat fresh, healthy food. But for expecting mothers, like those we serve at Freedom House, our women's addiction recovery program, a nutritious diet is critical for them and their babies. When Stephanie Barnett, co-founder of Choosewell, a Louisville-based organization dedicated to building healthy communities, was introduced to Freedom House, she knew there was an opportunity to connect the program with her friends at another local organization, New Roots.

New Roots' mission is to develop a just and thriving food system in Louisville metro and communities throughout the state by improving nutritional education and access to fresh and local food for urban residents. As part of their mission, New Roots operates Fresh Stop Markets in neighborhoods where there is a need for increased access to fresh produce. The markets operate on a sliding scale based on income and community members buy into the market as shareholders.

"People crave a sense of community. They crave real food and a connection with where their food comes from," said Karyn Moskowitz, New Roots founder and executive director, noting why the market has been such a success in the Smoketown neighborhood and so popular among the mothers at Freedom House.

In addition to working and participating in cooking demonstrations at the Fresh Stop Market, the women of Freedom House are also "the rock stars of the Strawberry Jamm Festival," according to Barnett. The Strawberry Jamm Festival takes place each May and serves as the kick-off event for the growing season. This years' festival is set for May 19 at the Shawnee Market.

Following the Strawberry Jamm Festival, all Fresh Stop Market locations are set to open in June. Visit NewRoots.org for more information about the markets.