Veteran finds stability for self, family with assistance from Volunteers of America 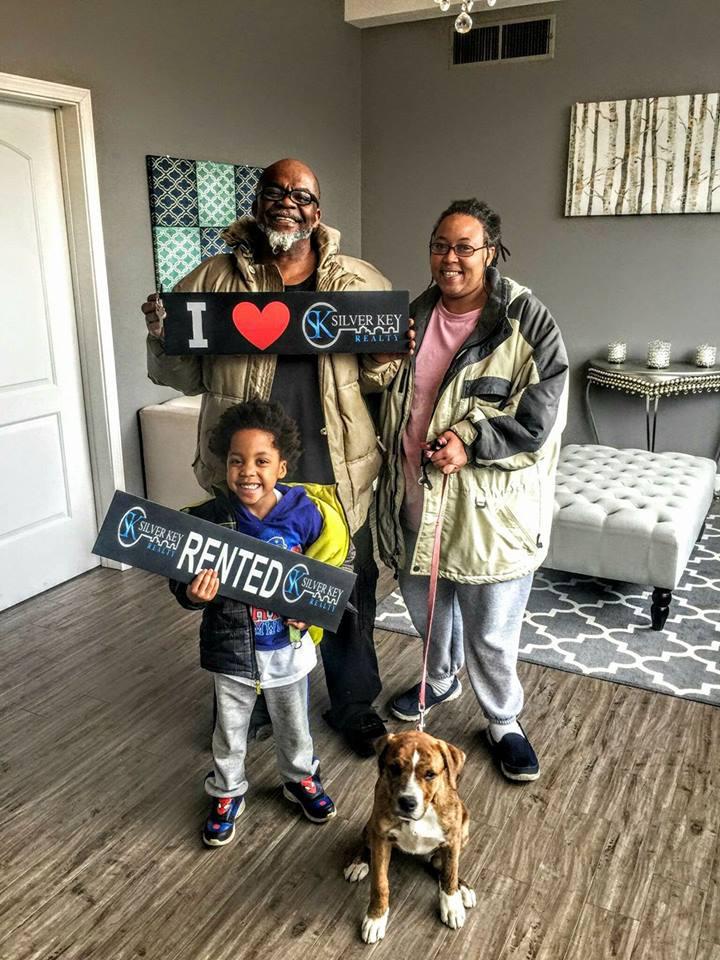 Just two months ago, U.S. Army veteran Lucius Bell stood still, unsure of his family's future. He and his wife, son and dog had been evicted from their home a few weeks earlier. He had exhausted his resources to maintain safe, affordable housing for his family and was denied assistance from a local organization built to help homeless veterans find housing.

"I didn't know what to do, but I once was told that when you've done all you can do, just stand still and stand some more."

Bell enlisted in the United States Army in 1979. He had no high school diploma, no GED and failed the Armed Services Vocational Aptitude Battery. But this didn't stop Bell from trying escape a life he didn't want to lead in his home state of Georgia.

"Where I was from, I knew that in six months I'd either be dead or in the penitentiary," Bell said. He pleaded with the enlisting officer, and was on the bus to boot camp the next day.

Bell's military service concluded with an honorable discharge in 1982, but adjusting to civilian life was difficult. Bell had been introduced to an array of drugs while serving and began using crack cocaine upon leaving his life in the army. After seventeen years of battling his addiction, Bell is proud to say he will celebrate his seventeenth year of sobriety in June.

But even after years of stability and sobriety, a glitch in the system found Bell without his veteran disability check in early 2017, and by February, he and his family were homeless. Not sure where to turn or what to do, Bell stood in the town of Athens, Tennessee, the town he and his wife Amanda had made their home years before, and listened to any advice that would set him on the path he needed to follow. He was led to Dustin Starnes, a case manager at Volunteers of America Mid-States' Supportive Services for Veteran Families program in Knoxville.

Starnes was able to help Bell find a house, and partnered with Silver Key Realty to get Bell's family in a safe, affordable home where his four year-old son Luciano can be a kid.

"There's enough room for him to ride around in his four-wheeler and chase Mocha Latte (the family dog)."

To ensure the Bell family would be comfortable in their new home, Starnes brought an assortment of supplies to fill their new kitchen.

"Dustin brought us more than we could ever need. We have not yet gotten over everything Volunteers of America has done for us."

Bell does not plan to let these acts go unnoticed.

"I want everyone to know about Volunteers of America, and I want to be Dustin when I grow up," the 58-year-old veteran shared.

Bell is already on his way to realizing that goal. As a newly appointed Masonic member, Bell has plans to hold charity fundraisers for local organizations in the Chattanooga area, like Volunteers of America. It's an act that Bell believes is necessary to balance the good he's been shown recently in his life.

"Just as they gave to you, you've got to give."