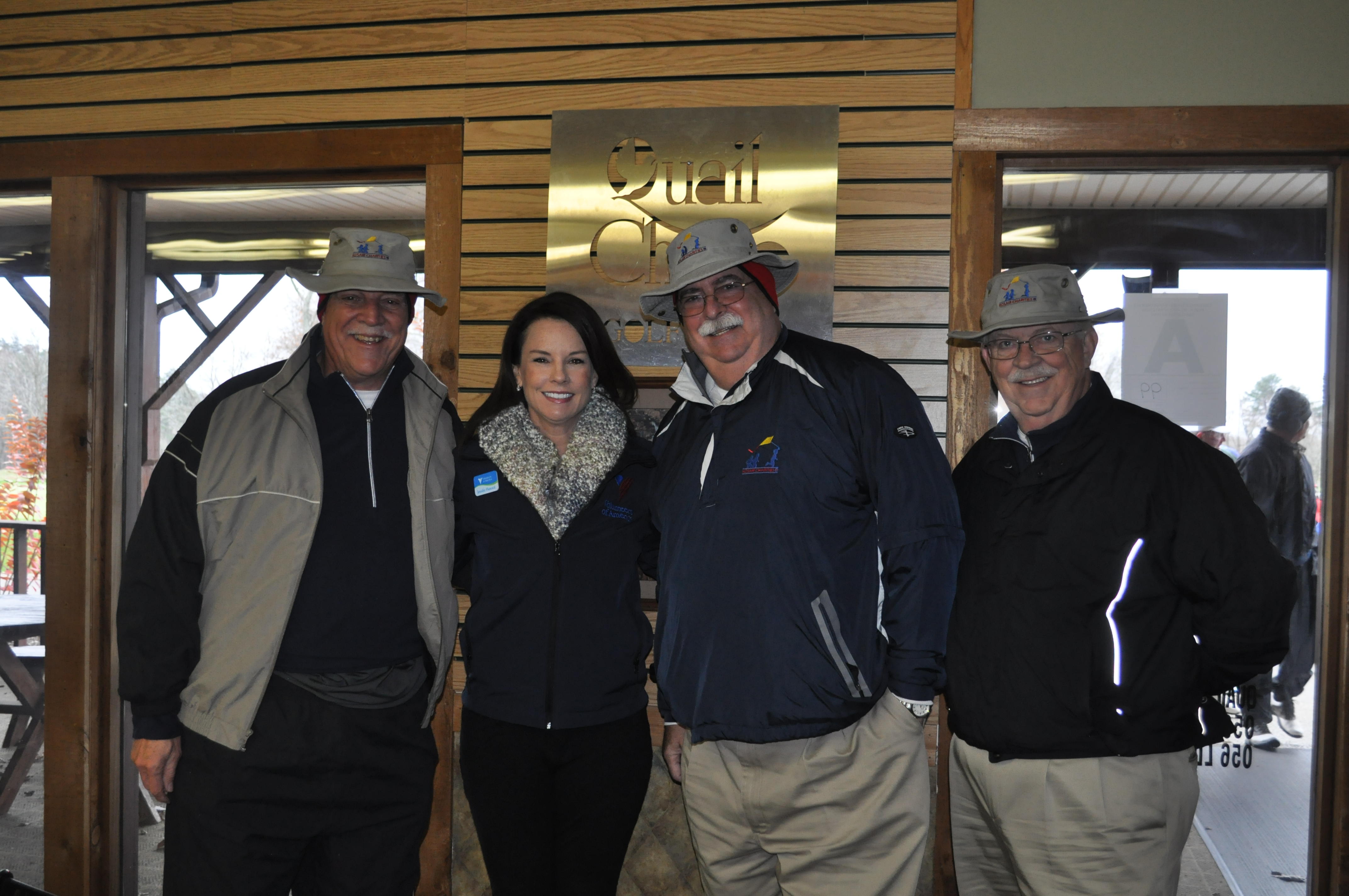 Volunteers of America Mid-States' annual Turkey Shoot Golf Scramble marks the official kick-off of our Hope for the Holidays campaign each year. This year's event is set for November 20 in Louisville, KY at Quail Chase Golf Course. The Turkey Shoot, now in its 20th year, has become a fun tradition that our supporters, volunteers, staff and families we serve look forward to each year. Rather than paying a typical scramble entry fee, each team of four contributes a 20-pound frozen turkey, five canned goods and a modest fee to play.

With Quail Chase's support, we collected nearly 100 turkeys and more than 450 canned goods at last year's event. These generous donations, worth nearly $5,000, provide Thanksgiving dinners and other holiday meals for the families we serve.

"We are so grateful for Quail Chase's willingness to host and support this event year after year. Because of their generosity, we are able to ensure the children and families we serve are able to have a nice Thanksgiving meal and enjoy the holiday season," said Volunteers of America President/CEO Jennifer Hancock.

During the past 20 years, Quail Chase has contributed in-kind donations worth thousands of dollars by hosting the scramble at a discounted rate and encouraging golfers to come out and play to support us. We are so appreciative of Quail Chase's generosity year after year and look forward to another successful Turkey Shoot event next month! If you would like to sign up for the scramble, contact Sarah Luttrell at sarahluttrell@quailchase.com or (502) 239-2110.