Freedom House gets grant to free families from addiction 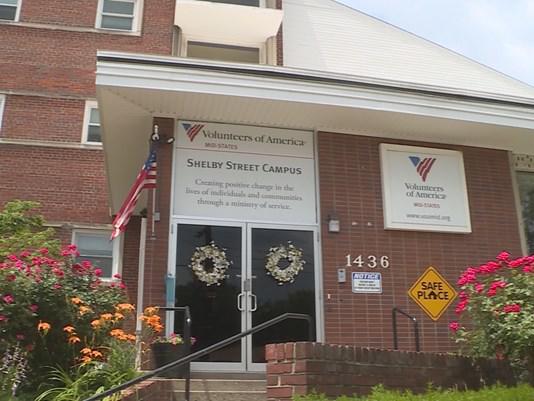 LOUISVILLE, Ky. (WHAS11) – It's no secret that opioid and heroin abuse and addiction is on the rise across the Commonwealth and the country. Many cities and states are seeing alarming numbers like never before, with Louisville included. The problem knows no demographic, affecting everyone, even pregnant women and mothers.

Freedom House in Louisville is one place that helps provide a solution to the problem. It opened its doors in 1993 and has helped hundreds of women and their children get their lives back from substance abuse and addiction. The center provides everything from counseling to parenting classes to employment training. Families are able to live at Freedom House while going through treatment. All of those services can get expensive, but the state is trying to help curb some of the costs. Wednesday, Attorney General Andy Beshear presented Volunteers of America, the group who operates Freedom House, with a $700,000 check. The money comes from settlement funds with Purdue Pharma. It will be used during the next 26 months to help continue those crucial and lifesaving services.

"Today, I believe we're making a major step forward to combatting this drug epidemic," Attorney General Andy Beshear said Wednesday at the check presentation. "Make no mistake. Whether it's a drug epidemic or an addiction epidemic, it is epidemic. When we lose somebody to addiction, it not only scars that family, it scars that community. They're addressing this epidemic by creating one miracle at a time, or two miracles at a time. You may be the only people standing in between these women and their babies and a lifetime of addiction. Without you, they would go without help and unheard, so thank God you're here and thank God for Freedom House."

There are many success stories thanks to Freedom House, and Katie Warren is one of them. The 25 almost 26-year-old spoke before the crowd gathered outside the center Wednesday morning, sharing her story of struggle, survival, and success.

It's an anniversary that didn't seem possible just a few years ago. Warren grew up in a very religious and strict home, but things took a drastic turn when she went to college.

"I no longer knew who I was anymore, and I had lost all of those values and morals that I was raised with growing up," Warren said. "I took the hard path, the one my parents tried to keep me from."

She got pregnant with her first child. After that, she started using drugs. Warren quickly turned in the OxyContin and Opana for something stronger.

The vicious cycle continued, with Warren losing custody of her daughter and getting pregnant a second time.

"I was pregnant and had already lost my first daughter, and I still could not stop. You know, I was doing things I said I would never do. Being pregnant and using was one of them," Warren said. "I went for a visit with my two-year-old, and having her tell you bye, it was very hard and something I never imagined that I would have to do. She was my world, and I wasn't being able to be there to do the things a mother needed to do. There is a point where you just feel so low and so worthless, you kind of just get it in your mind this is going to be the life I'm going to live forever."

Addicted and hopeless, Warren turned to Freedom House to save her life and her growing family. Warren delivered her second daughter, Aubrey, while in the program. She's just one of the more than a hundred babies born healthy thanks to Freedom House. It wasn't easy, but Warren got sober and got her life back one clean hour and day at a time.

"One day at a time, you see more and more clear and it just happened like that," Warren said. "There is hope, and there is a whole other way of life out there."

Warren now serves as an ambassador for Freedom House, helping women whose situation she knows all too well. She's also a full-time college student. Her daughters, Ella and Aubrey, are doing very well, something Warren said would never have happened if it weren't for Freedom House.

To get treatment or get involved at Freedom House, contact Senior Program Manager, Erin Riedel. Her email is ErinR@voamid.org. The center can also be reached at (502) 634-0082. 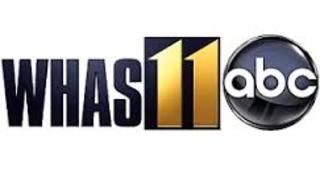